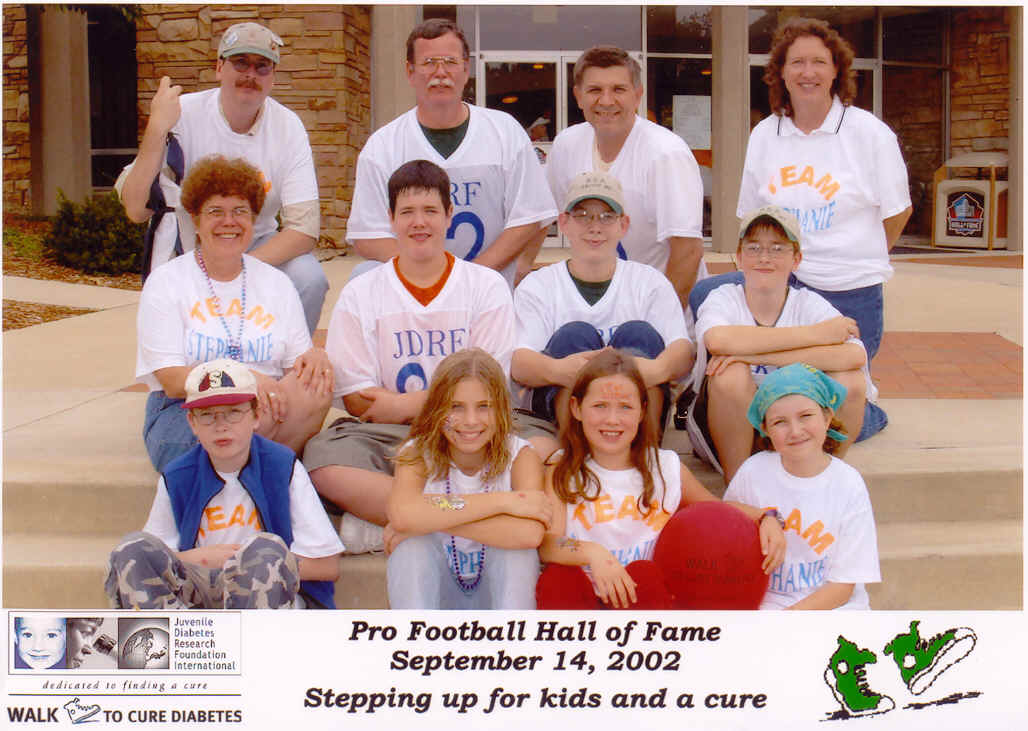 A GREAT BIG Thank you to all the people who came to the Pro Football Hall of Fame to be in my team! We had a great time and raised over $1000. I won 3rd prize for the design of the Walk Team T-Shirts. Thanks to Megan for helping me with them! 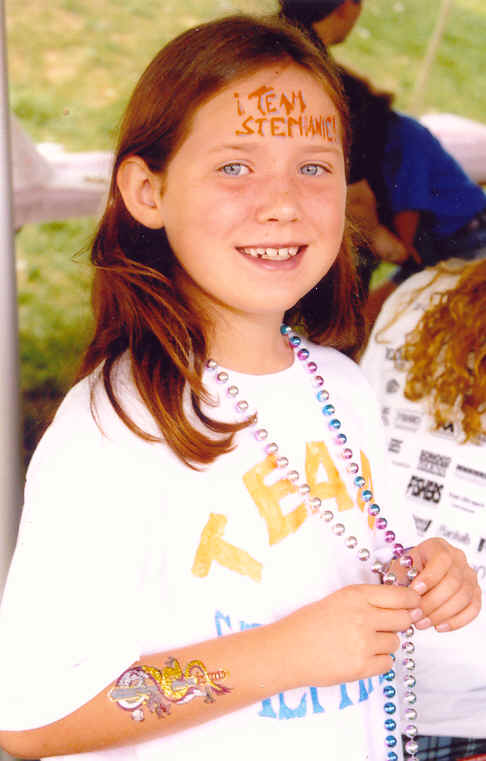 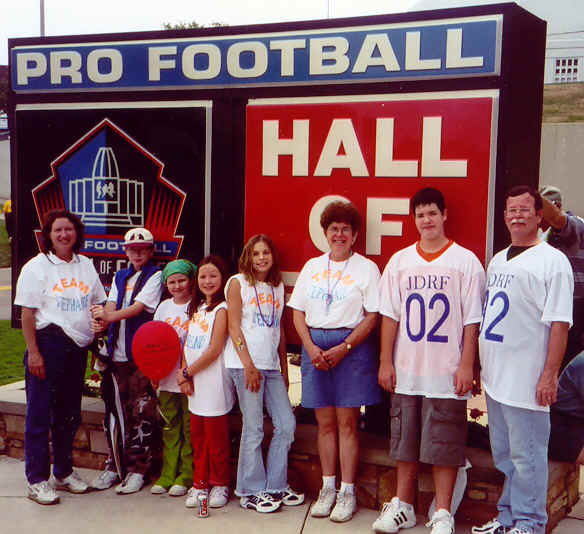 JDRF NIGHT AT THE AKRON AEROS

I am with my friends Daniel Rice and Mark Syroney, JDRF Special Events Coordinator, on the field at the Friday August 16, 2002 game. I said "Please help us find a cure for diabetes" over the microphone and Daniel threw out the first ball. We got to stand down in the dugout because it was raining. I had the players sign the back of my shirt! It was the BEST! Then we all handed out Walk registration forms to the fans. 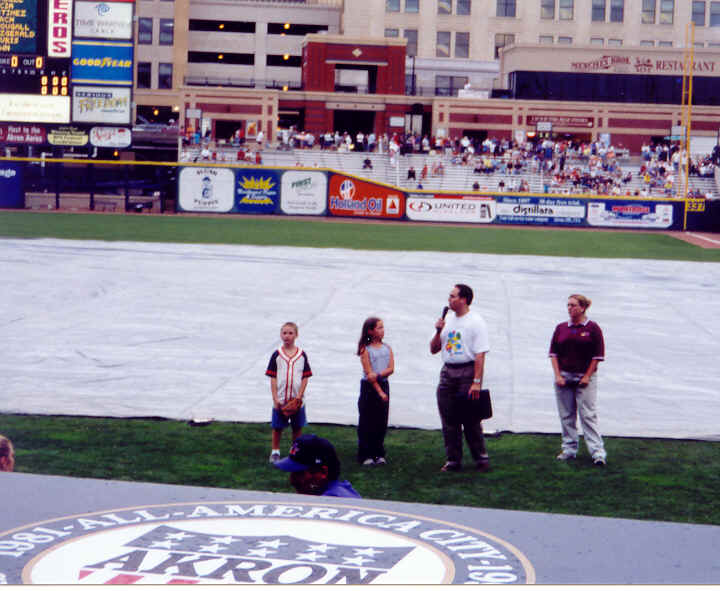 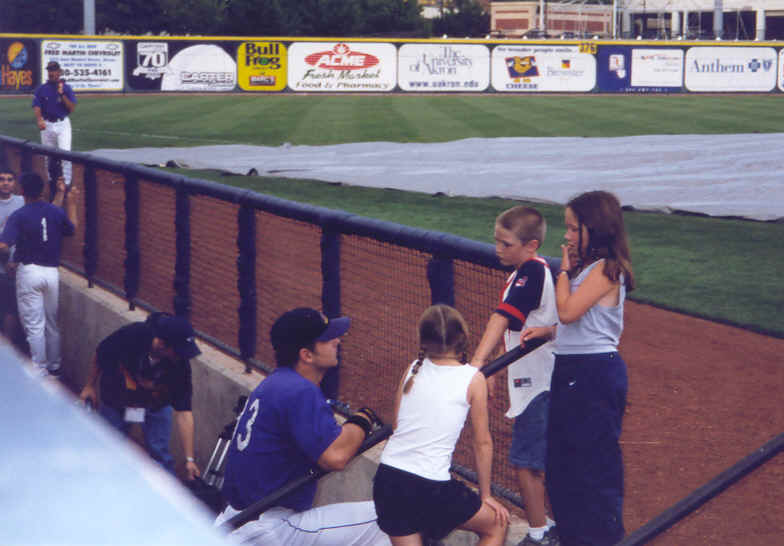 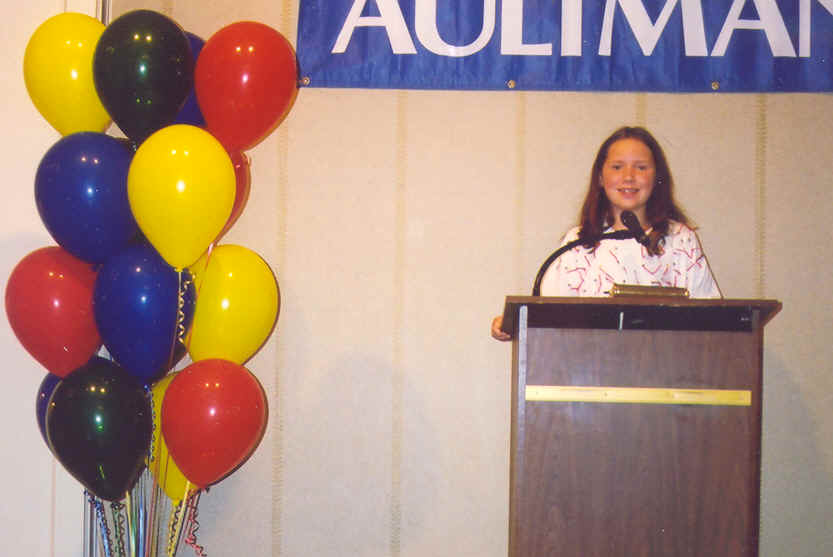 My mom and I gave a PowerPoint presentation and a diabetes simulator demonstration to all the team captains. It was fun! We were invited to Roadway Express to do it again for all the walkers the next week! 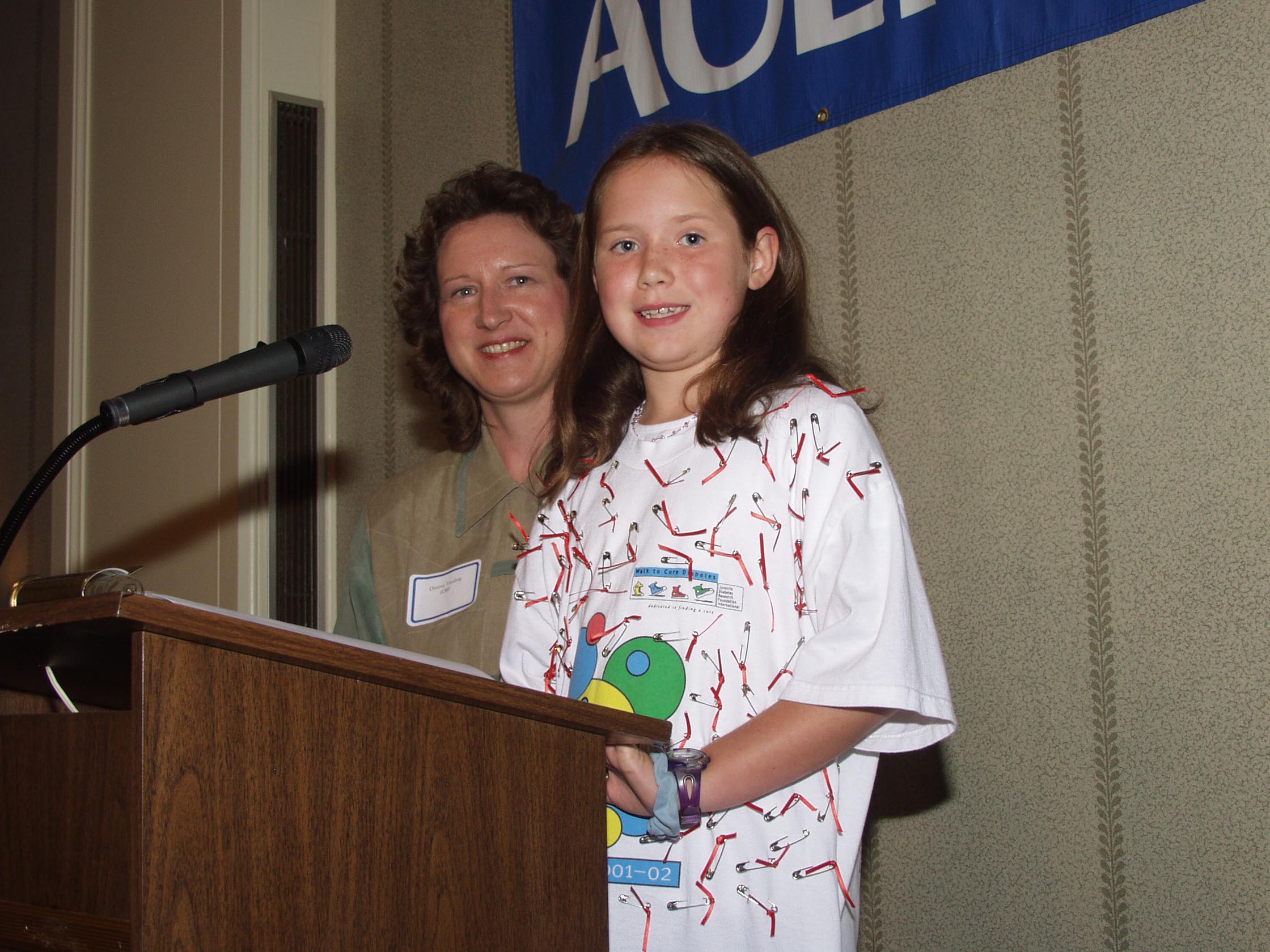 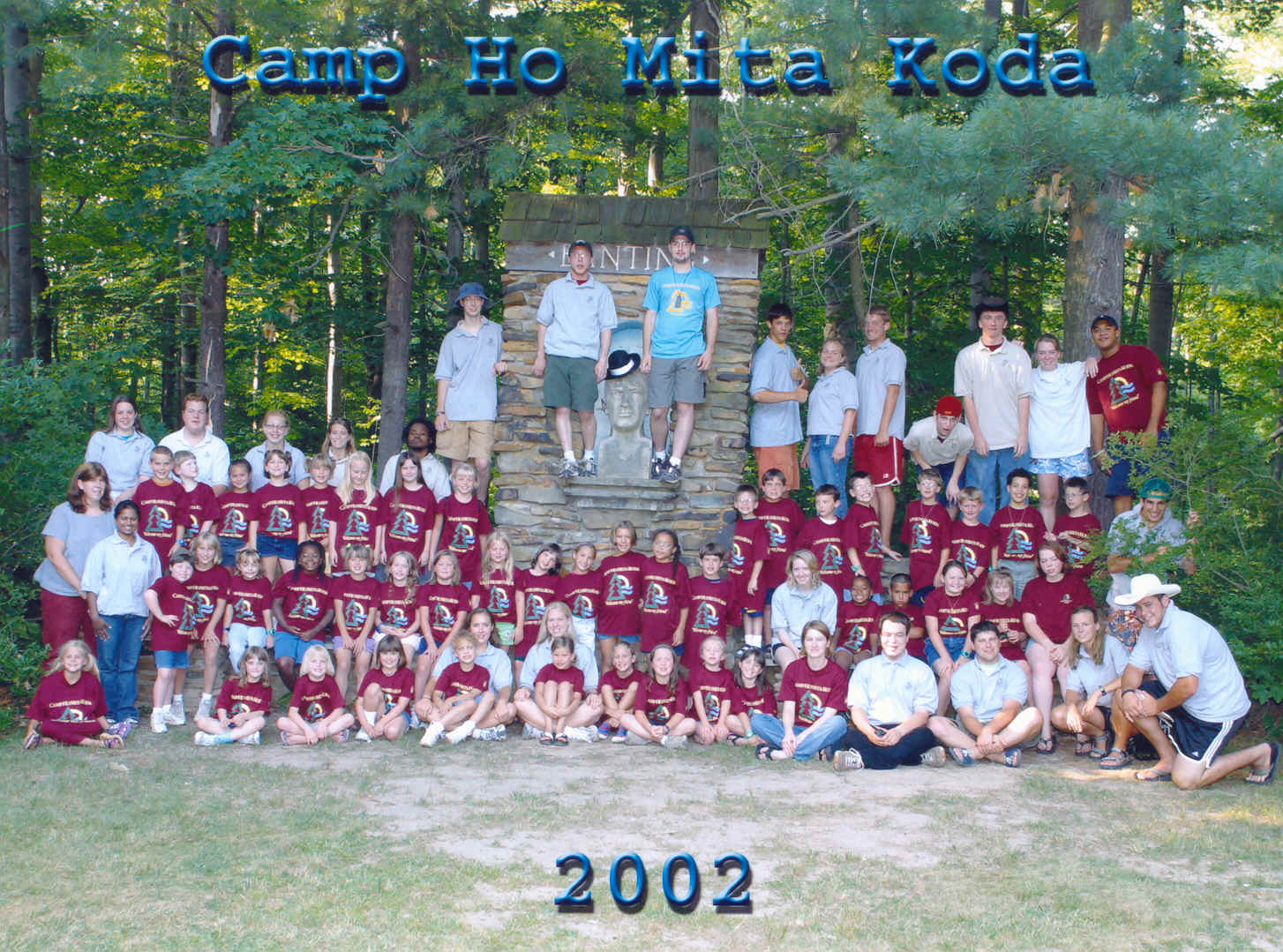 This was my second year going to camp and it was great! I met lots of new friends and saw some friends from last year. I achieved a goal of mine while I was at camp, I gave myself my first shot! I loved jumping in the lake most of all! 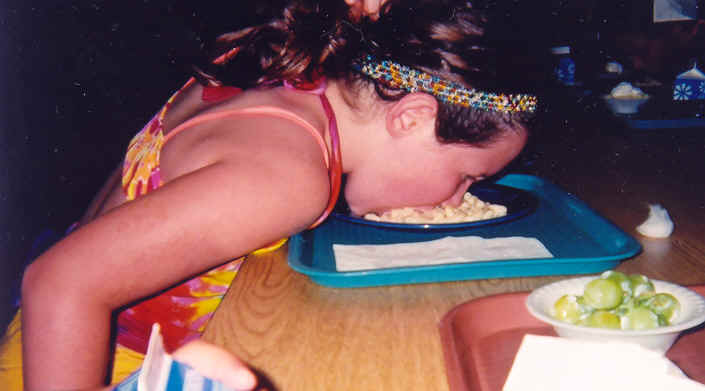 The last day there we had fun eating without using our hands! This is macaroni and cheese, yummmmm!

I gave a PowerPoint presentation at my school about Diabetes.

This picture appeared in the November 3, 2002 Hudson Hub. The caption read:

Encouraged by her mom, Stephanie Treubig is taking her personal experience with diabetes public by way of a PowerPoint presentation she has shown to several audiences in Hudson. On Sept. 30 she helped to educate her classmates at East Woods School. She hopes by taking an active roll in raising public awareness about her disease she will help raise funds for research for a cure. In fact, says Stephanie Elizabeth Treubig her momo-gram stands for 'SET For A Cure'.

"TEAM RICHFIELD" was awesome in raising over $600! 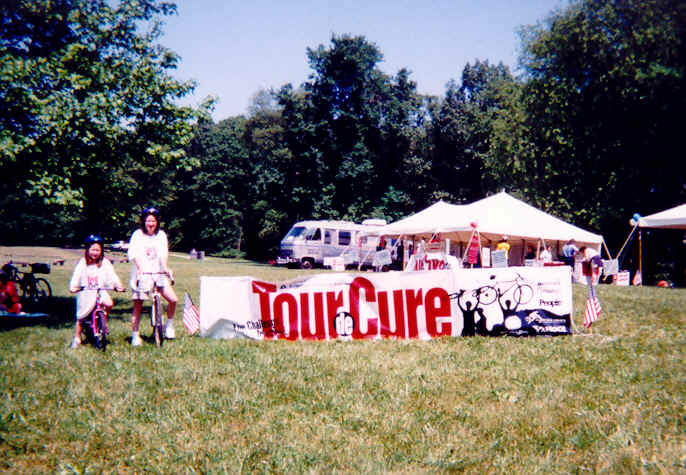 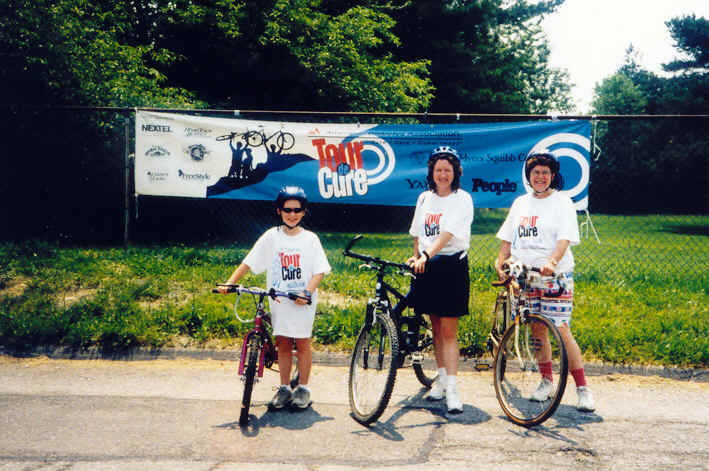 I was selected to be the TEAM DIABETES Ambassador for the group going to Hawaii. Way to go team runners! 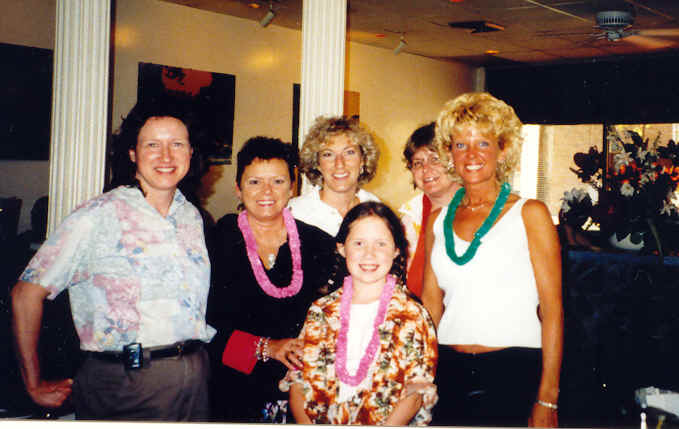 "Promise To Remember Me" 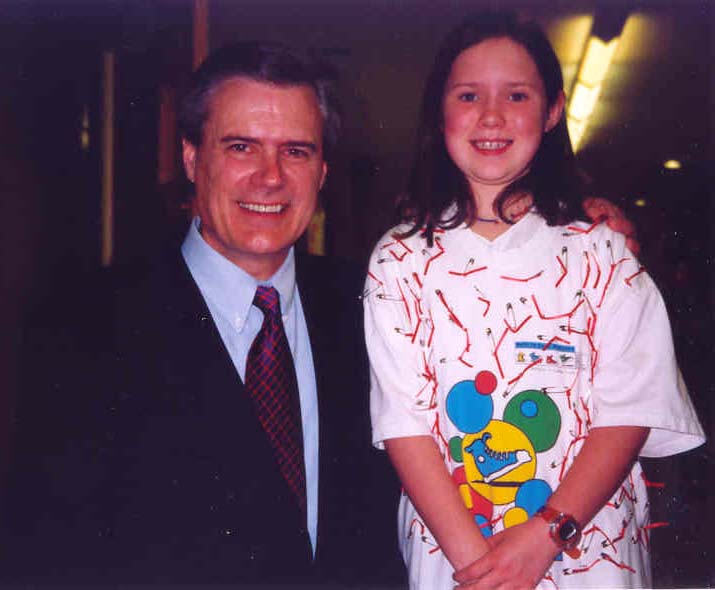 I met with Representative Thomas Sawyer (OH-14) in Kent, OH as part of the Juvenile Diabetes Research Foundation's Promise To Remember Me Campaign.

Click here for all the information about the meeting.

"Promise To Remember Me" 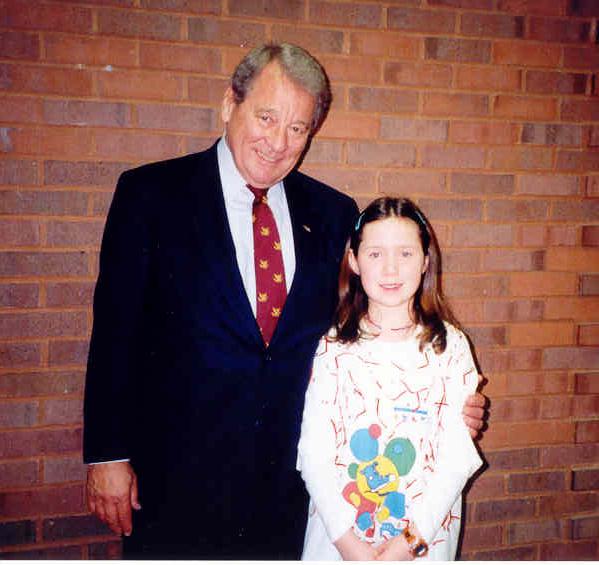 I met with Representative Ralph Regula (OH-16) in Canton, OH as part of the Juvenile Diabetes Research Foundation's Promise To Remember Me Campaign.

Click here for all the information about the meeting.

Swim For A Cure-

This is a great way to get out and go swimming. We raised over $400 this year! Six Flags, here we come! 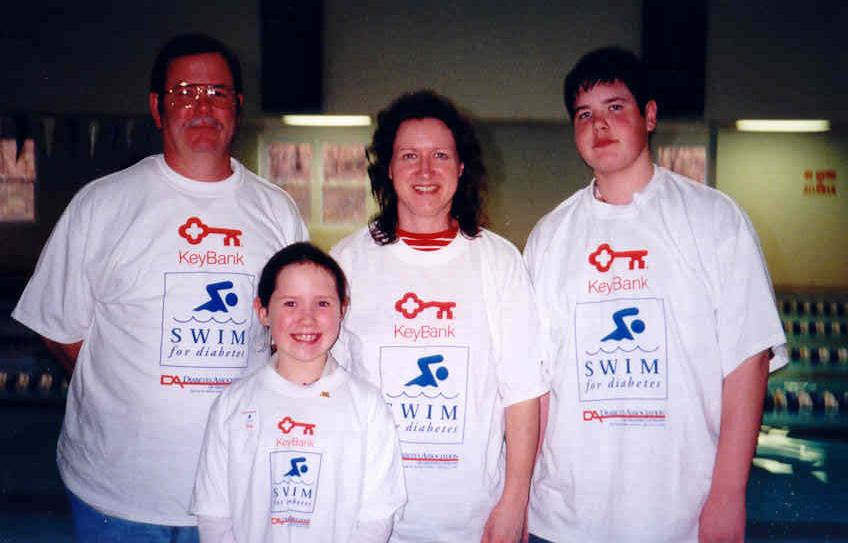 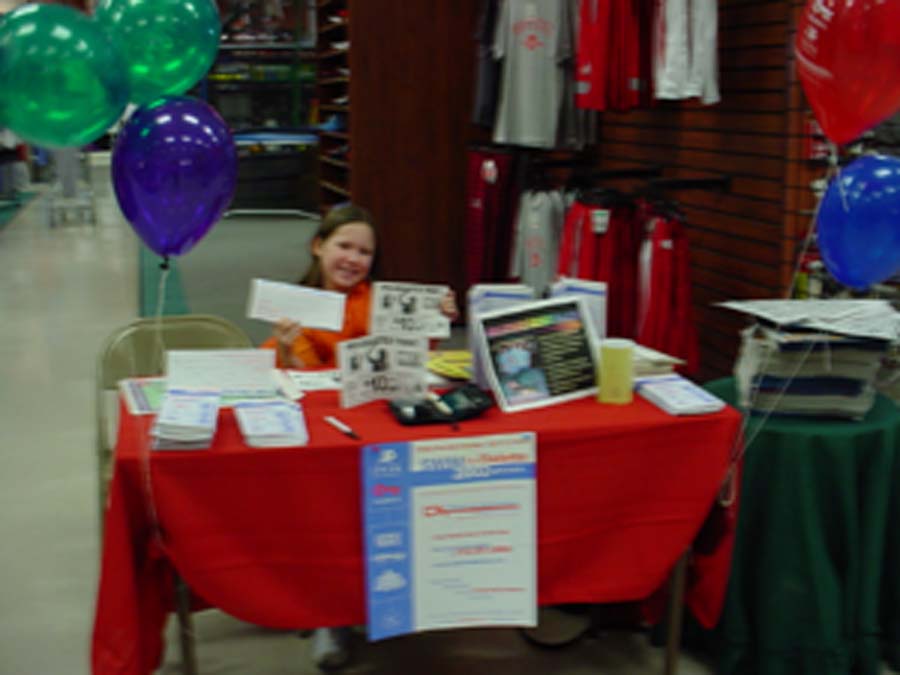 I had a booth at Dicks Sporting Store to sign people up for the Swim.

I give my Diabetes PowerPoint presentation at the Bath-Richfield Kiwanis meeting. I handed out helpful information on diabetes and support organizations. I was the youngest person they have had come to speak at their meeting. It was fun! 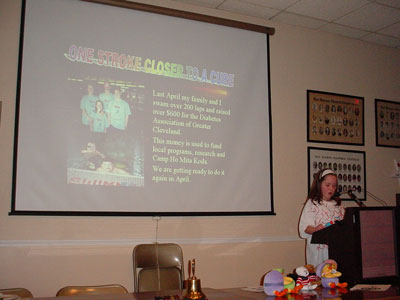 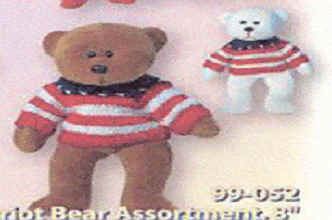 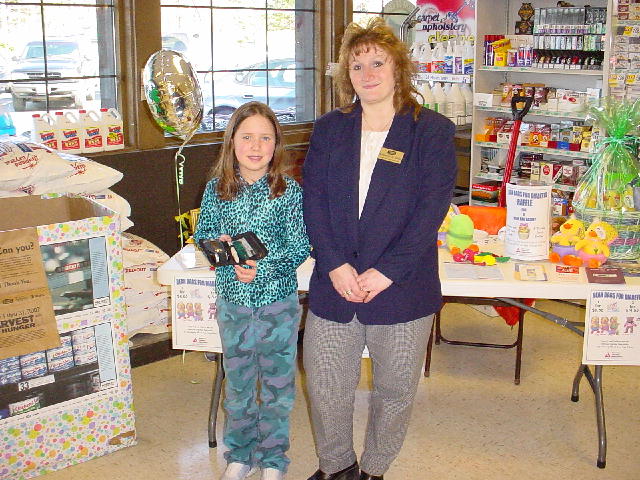